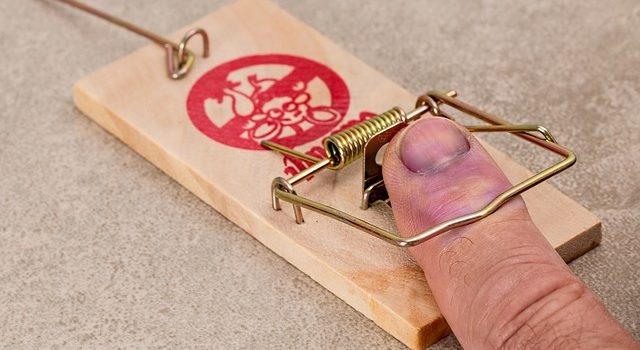 You may be asking yourself this question when it comes to estate planning:

Why should I go to an attorney for an estate plan? Can’t I just do it myself? There are so many on-line sources available to choose from and it seems pretty simple. Isn’t it just as good to do-it-yourself (D-I-Y)?

The problem with “doing it yourself” in the area of creating wills, trusts, financial powers of attorney and health care documents is this – no matter how good the forms or how detailed the non-attorney creating them is – you just don’t know what you don’t know…and that usually doesn’t become known until it’s too late, i.e., you are dead or incompetent.

Online sources won’t give you all the answers to what you don’t know. They won’t tell you what the actual pros and cons of your choices really are based on your family, your assets, your concerns, and your goals. Estate Planning requires counsel from an attorney who will ask the right questions and elicit information in order to truly understand your family dynamics and your objectives. You also need an attorney that will provide you with options to accomplish your goals, have your documents prepared legally, and ensure appropriate assets are funded into your plan.

Simply put, there is no substitute for face-to-face, professional legal advice and support from an estate planning firm does this day in and day out.

Here are a few D-I-Y estate planning anecdotes from other attorneys that illustrate how unintended consequences can occur:

Not all people creating a D-I-Y estate plan effectively name their beneficiaries, which can have all sorts of unintended consequences… including unintended beneficiaries.

A relatively young attorney met with someone who’s “friend” had just died. The “friend” had done a D-I-Y “stationary will”, i.e., a form (think Mad Libs) that has all the words of a valid will and then blanks for the trustmaker to fill in and complete the document.

The will was signed properly and all but one blank was filled in. However, the one blank not filled in was pretty important. It was to have stated WHO would be the BENEFICIARY of the will! A pretty important blank to miss filling in, don’t you think?

Since that information was left blank that meant that the decedent’s estate would pass to his heirs-at-law OR the decedent’s closest living relatives as determined by California law. Who knows if this was the true intention of the decedent!

To make matters more complicated, in this case, the man meeting with the attorney claimed that HE was supposed to be the beneficiary in the “friend’s” Will. Since the will was left blank, anyone could put their name in and claim that they were the beneficiary. Based on the predicament, the attorney decided he could not ethically assist the man. No one would ever know who the intended beneficiary was supposed to be – that blank information would sure have made it easy for the man to fill his own name in. Unfortunately, this D-I-Y plan probably landed the decedent’s estate in probate court.

D-I-Y estate planning documents can often look valid on the face of the document, but are void for procedural deficiencies. On one particular occasion, an attorney had a meeting with some folks and gave them advice about what legal documents they should have besides just wills. She also discussed the importance of having back-up executors and financial agents in place. The couple decided not to retain the attorney’s services, but instead chose to D-I-Y.

Fast forward a few months and one day a package is dropped off at the attorney’s office. In it were copies of the wills and powers of attorney that the couple had created.

After the attorney took a look, she found the documents were VOID under California law because the husband witnessed all of his wife’s documents and she witnessed all of his and their back up executor and agent was the other witness. Nice looking D-I-Y documents… with absolutely no legal effect! When someone dies and a plan has no legal effect, the probate court becomes responsible for overseeing how and to whom assets are transferred — a very expensive, public and time consuming process.

One of the biggest mistakes that people make when creating D-I-Y estate plans is not funding their plan. An unfunded plan can be fatal and make the documents worthless.

In this example, a man met with an attorney for a consultation. The man carried with him a beautiful, glossy binder with all his estate planning documents neatly divided into sections, which he had prepared himself over 10 years ago. He wanted to know if his living trust was still “legal” after 10 years.

The man owned three properties valued at more than $1.6 million dollars, none of which had been transferred to his living trust. Upon inspection of his financial account statements, the attorney found that not one account had been funded into his trust. The man thought that listing the assets on the schedule of assets was sufficient. Anyway, this story turns for the better. The attorney helped the man with the transfer of his assets and saved his estate over $60,000 in probate fees and court costs.

SO – the moral of these stories is this – DON’T do it yourself. There is no law against being your own attorney. But it’s not advisable. Our advice? Give Aanestad Law a call to bypass the expense and time of probate, have your assets transferred according to your wishes, and experience peace of mind that your plan will work for you and your loved ones when you need it to!

Avoid probate and protect your assets with living trusts and proper estate planning. Our free, no-obligation estate planning workshops are held in Grass Valley every month.

How to Become a Client

Learn how to get your estate planning process started and discover the benefits of working with Aanestad Law.